A recent paper in the journal Cell reconstructs the genetic history of the domestic horse across the world over the last 5,000 years by using the largest genome collection ever generated for a non-human organism.  This work is the result of the research stemmed from an ERC program named Pegasus and led by Ludovic Orlando. 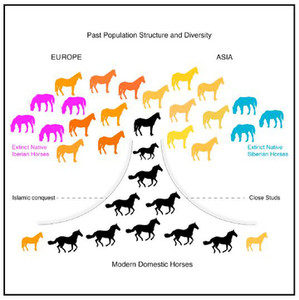 ASD researchers Ariadna Nieto Espinet and Silvia Valenzuela-Lamas have participated in this study and in the publication of its results. One of the major features of their results is the identification of a specific lineage of equine from the Iberian Peninsula which became extinct during the Bronze Age (with only minor contributions to the domesticated, later horses). The archaeological sites of Fortress of Els Villars and Cantorella (Lleida), studied by a team from the University of Lleida, have provided key evidence in this regard.

Other bullet points of the paper are:

Prehistoric Toolkits and Technologies in the Tropics

International Workshop: The Neolithic Settlement of “La Marmotta”. A View on the Neolithic Expansion