The Montvell flint Quarries are located in Serra Llarga’s hills (Castelló de Farfanya, Lleida), at 380 m asl. In this area up to four quarry faces were opened on the lacustrine Oligocene limestones belonging to the Castelltallat Formation. The quarries appear stepped in a hillside’s slope and their goal was the flint nodule extraction. The quarries’ stepped disposition is linked to the fact that layers containing the siliceous rocks outcrop vertically and are quite accessible, as well as to a more efficient residue management, being the oldest quarries located at lower altitudes.

These quarries constitute the first example of a flint extraction specialised site in the Northeast of the Iberian Peninsula. Preliminary results point that the chronology of the site’s occupation could correspond to different moments during the Neolithic. 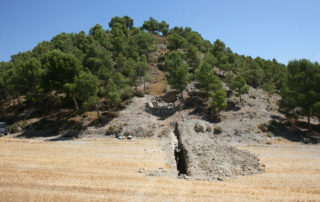 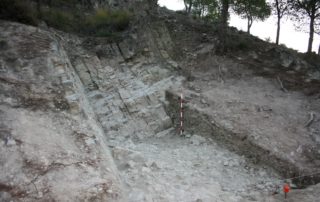 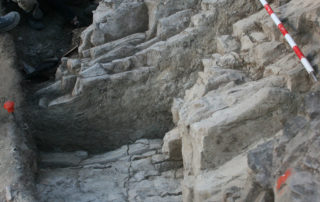