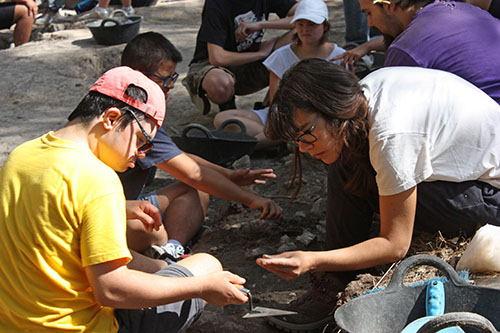 In 2013, the Spanish Foundation for Science and Technology granted us a project that aimed to bring science in general, and Archeology and Heritage in particular, to one of the neighbourhoods of Barcelona with the greatest marginality and social problems: the Raval neighbourhood. That project (#RavalEsCiencia: Raval a history of more than 6000 years ago – FCT-13-6944), which received a special mention from the FECYT, marked the way for us to carry out a scientific dissemination aimed at promoting the dissemination of our research and bring it closer to the citizens.

After the great acceptance and acceptance of that first project, today we present a new proposal with the same philosophy, but with three different elements: